Pieces In Sight — a series of performances, 2010

I tried to look for the boundary between an every-day object and an art object. I’m fascinated by the dynamics that the thing suggests rather than the visual aspect of it. Things can be lifeless, but they can also serve a need. A step stool to step higher, a side table to place on the side and a watering can to water with. I tried to use things until they became completely useless. What can be useful is used outside its designated function. 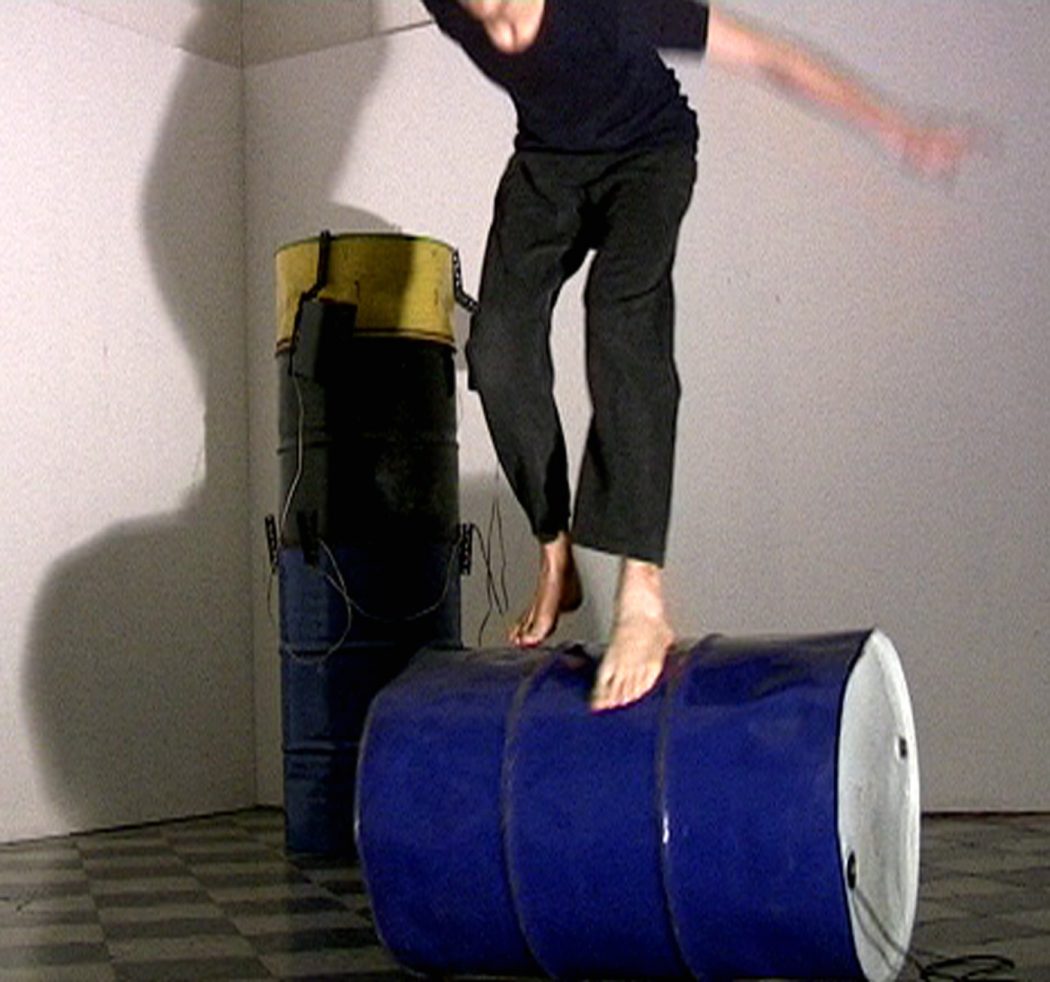 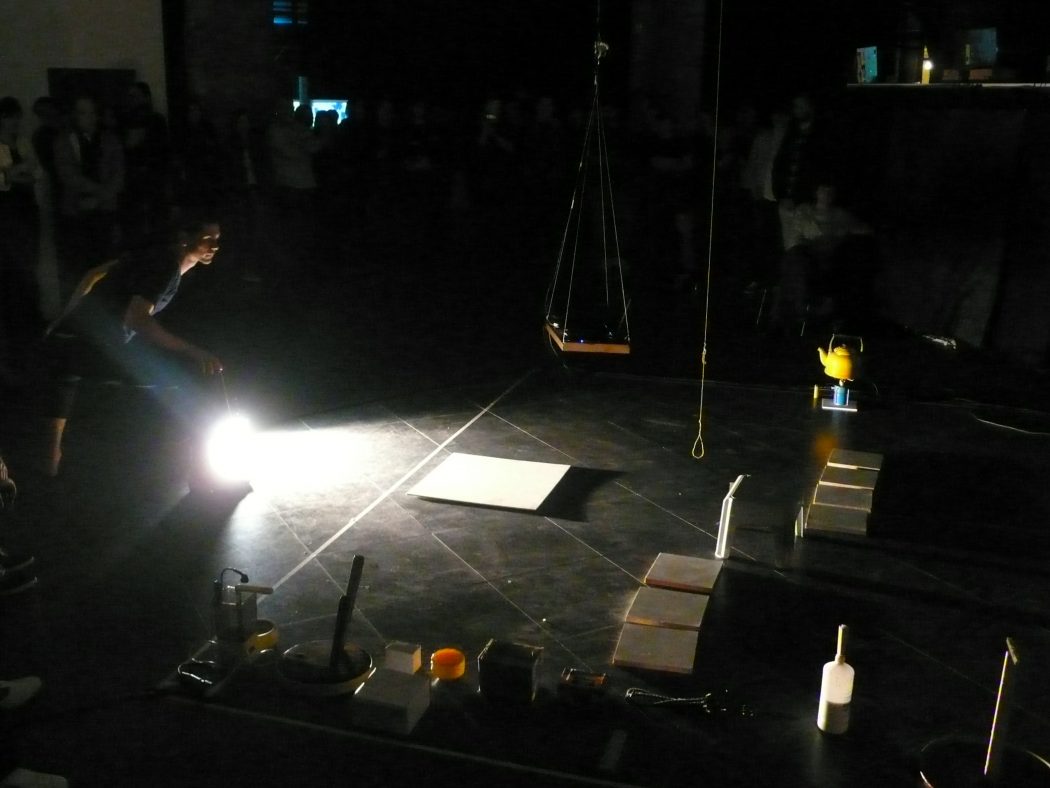 From the storage building of NMBS, the national railway company, I got barrels, horn speakers, a few traffic signs and a cart. They became material for assemblages of image and sound. I often passed through the parking lot of Delhaize, a local grocery store. I was impressed by a window in a wall there. In that window, the bricks that the wall was made of just continued through it. It perfectly represented how I often felt: with a corset around my body. As if a body can only be itself, even though it’s changeable.

I took a walk on a barrel through the city. It was a cold winter’s night. The city resonated with the excitement of drinking students. Tim filmed my walk on the barrel. We felt ambivalent about what I was doing: equally enthusiastic and reluctant. No one on the street had asked for such an act. A man with a long beard shouted, “Dance, dance!” It was a brief encounter with a wise man that I allowed in my imagination for a long time. 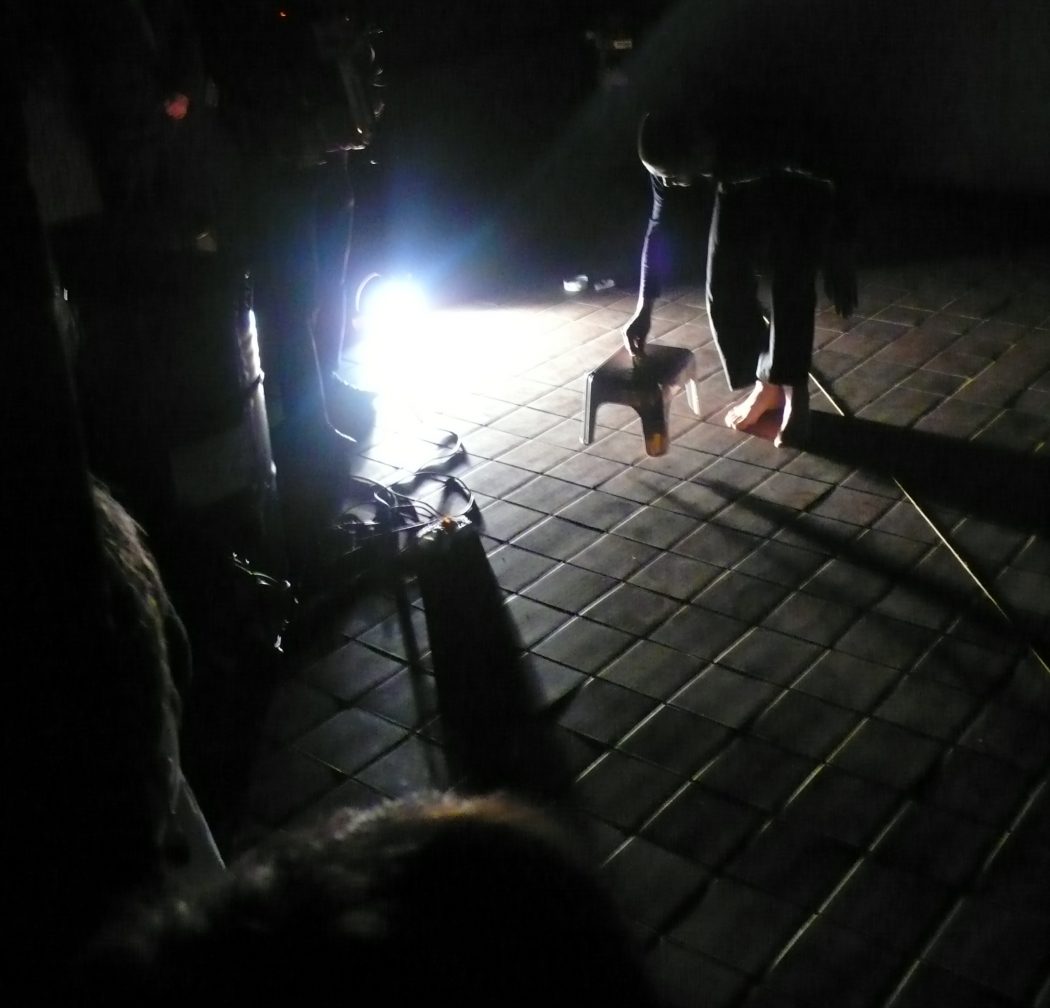 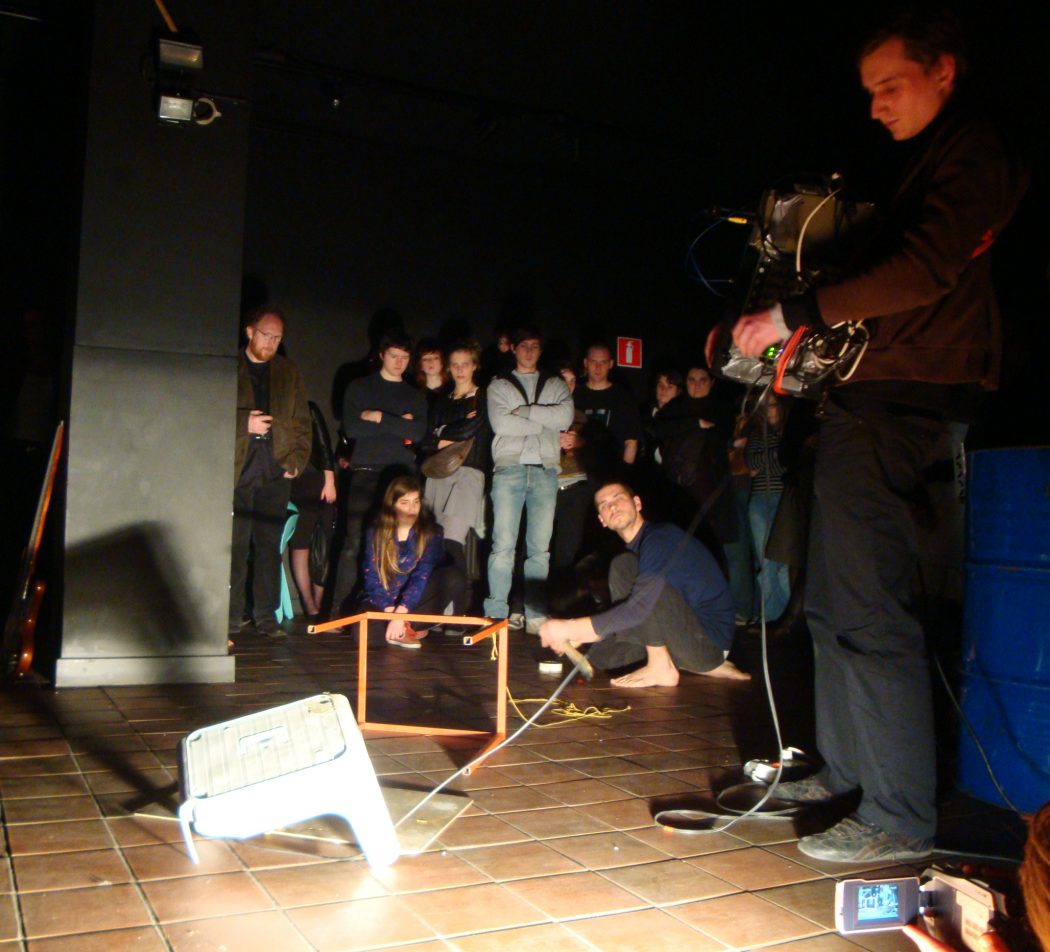 I wanted to imitate Wolfgang Laib. His pose pouring milk on the limestone really spoke to me. I chose white glue on MDF. No one actually saw the reference to Laib. In the performance, I straightened my back and held my arm up high to be able to pour in a more theatrical way. I watched the consistency of the white liquid and felt my knees press into the floor.

I bought a grey plastic step stool in Lidl, another grocery store. At the time, it seemed somewhat strange to attach so much value to this one thing when there were five hundred other step stools on the shelf. What did value mean when there was such an abundant supply? It seemed to me that this question was as appropriate for plastic as it was for emotions. Is need so difficult to define when there is an abundant supply? The step stool broke. I fell with it while I was rollerskating. It lost a leg.

It made what I did with it suddenly exciting, accidentally. I now balanced on an imperfect step stool. It wobbled but I never fell. In motion, definitions such as falling and standing upright don’t apply.