A performance, a music collection and a museum of plastic.

Multiverse began as a record collection, vinyl organized by colour. You can find all the colours of the rainbow, especially in the house and punk sections. With these exotic colours in hand, I physically organized the records. From this colour palette emerged not only a soundtrack, but also an investigation into “spinning”. Or better: spinning until you’re off balance.

A record is pressed and has a groove that the needle follows. A constellation of record players that are simultaneously playing can be seen as the gears of a mechanism. As the gears of a transforming machine turns, there arises the question whether it wants to be steered or exists of coincidences. The performer operates it but escapes routine. He must provide the necessary precision, but the process always goes a little differently than planned. He is excited by the interplay in this mechanism. His arrangements of music and objects are the fervent attempt to escape. Away from the reciprocity of the circle, freed from being the operator of a plastic creation. 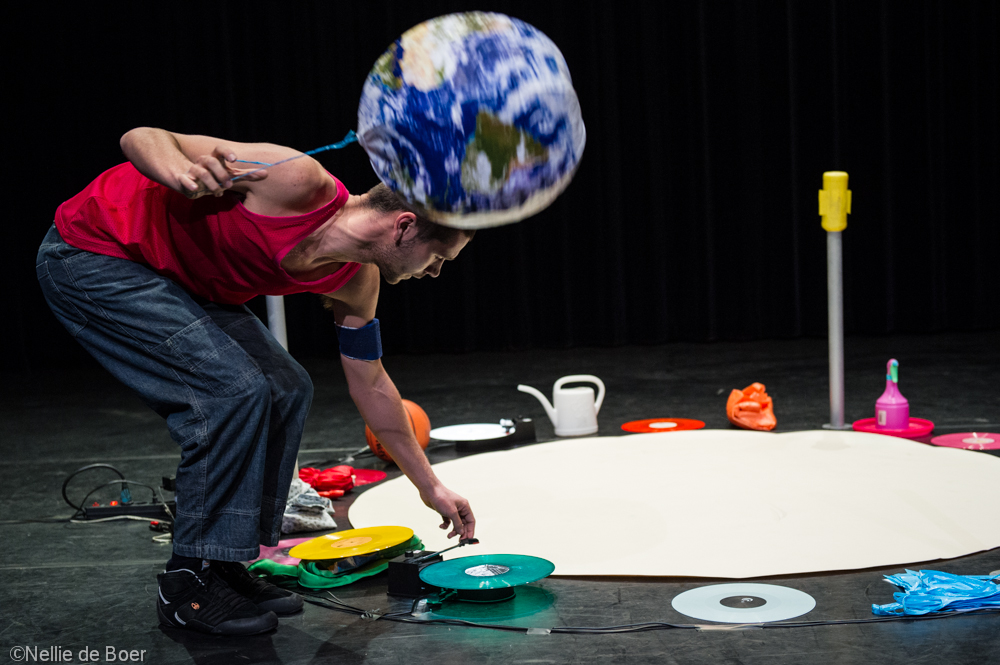 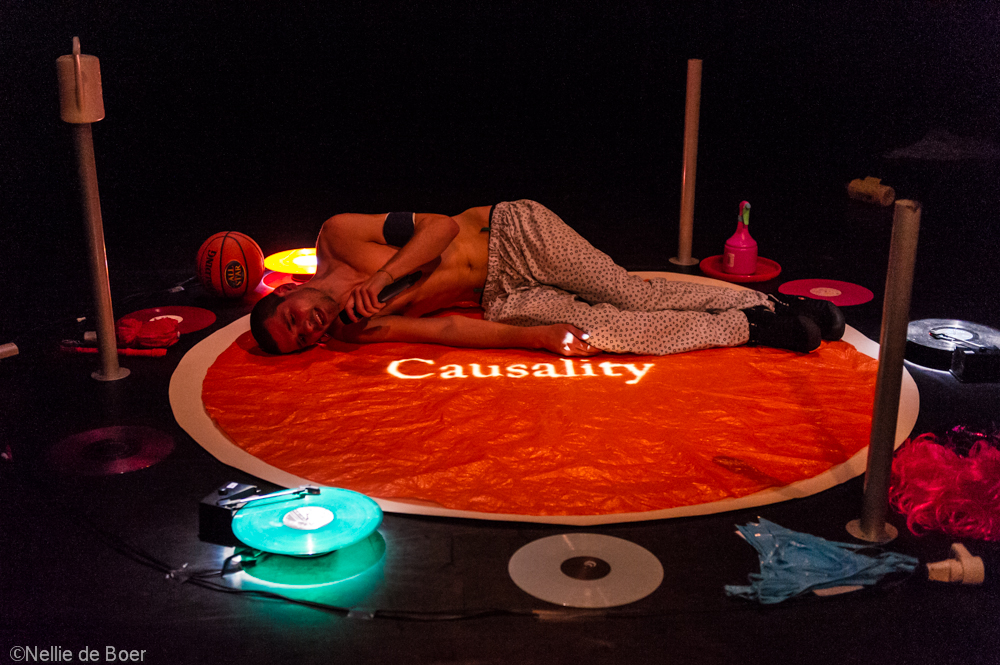 Circular mechanisms gradually creates a form of circular thinking. Multiverse wants to be an answer to these circular constructions. A mechanical and reciprocal pattern is a systematic construction we often rest on. Multiverse has the ambition to escape from these reciprocal paths of the imagination. It provides an answer that has an imaginary and retro-cosmic aesthetic. 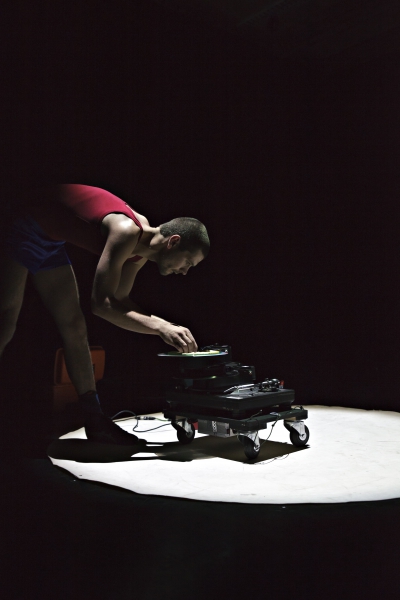 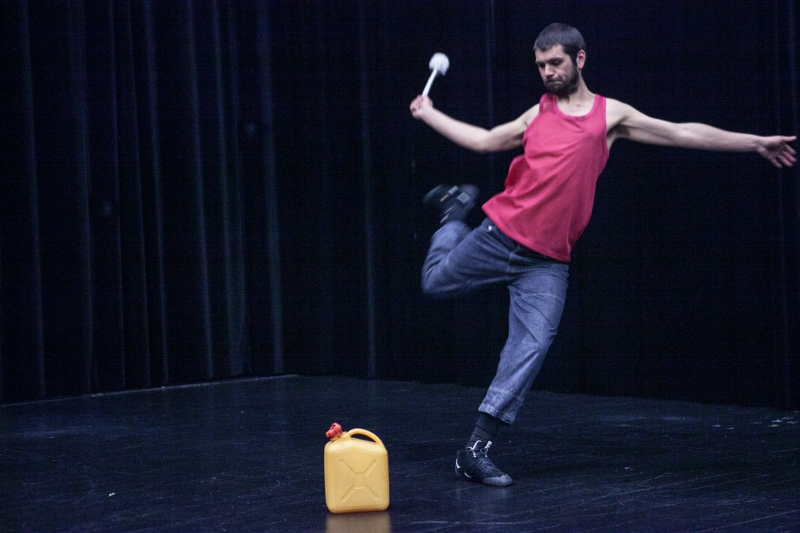