Sometimes, an “object” can represent the imagination. It makes a sound, has a scent and colour or serves a purpose. I connect one thing to another. In motion from one object to the next. I look under, on or around to find an explanation for what I can’t explain myself. Hope becomes tangible.

IWGBTP is a project that I developed during my stay in Finland. At the Kuvataide Academy,
different disciplines weren’t separated into departments but were taught mixed in the same building. Inspired by this interdisciplinary way of working, I wanted to use cooking equipment and household items as musical instruments, to dance with, and as drawing tools. I discovered that not only disciplines could cross boundaries, but also objects. 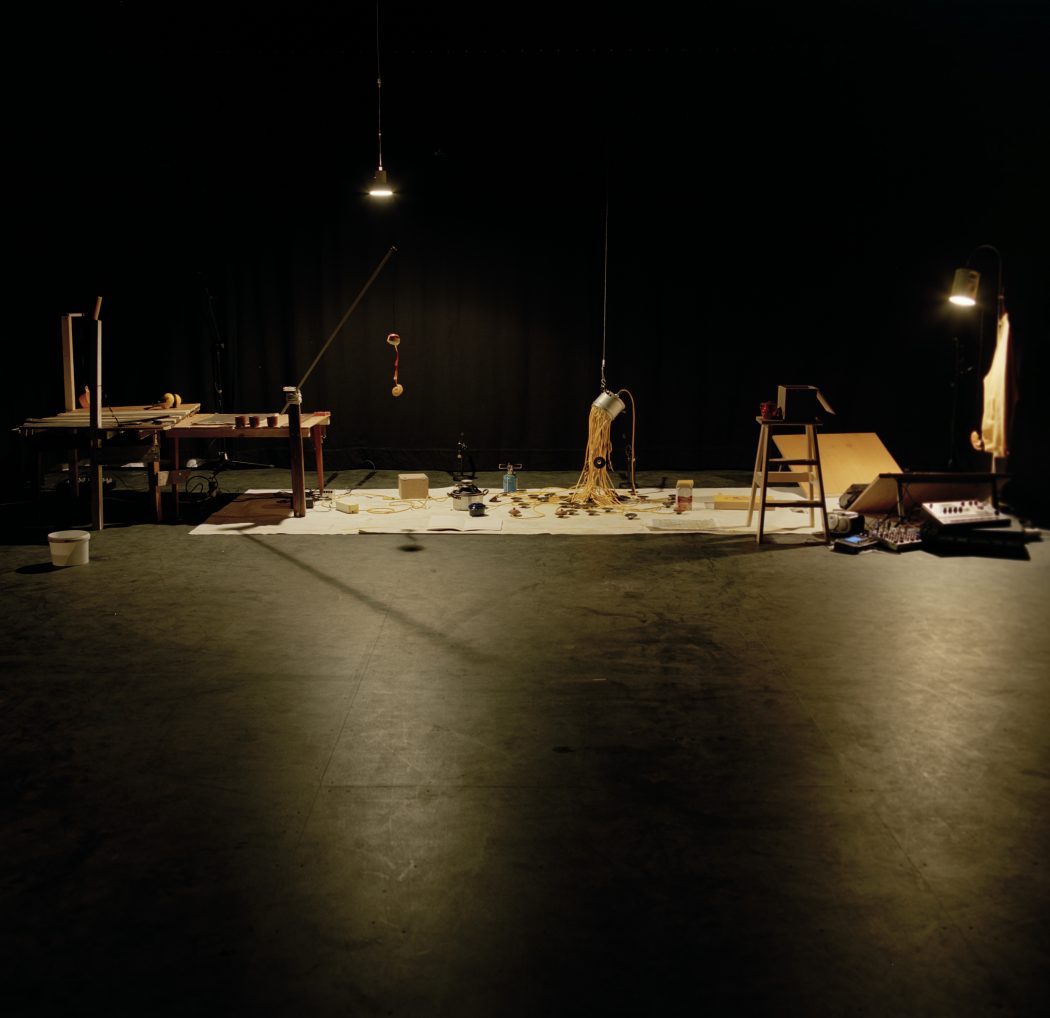 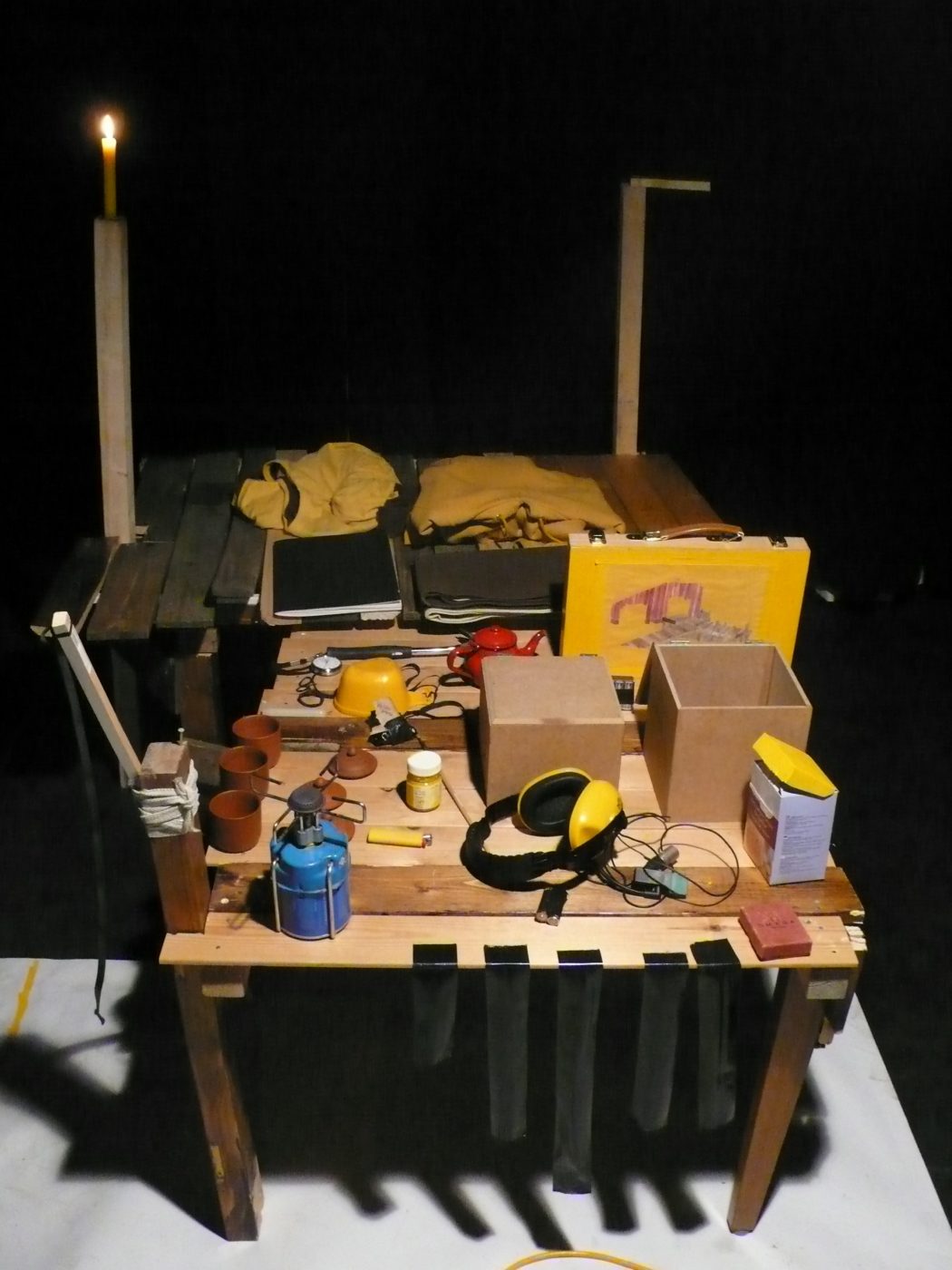 The construction that this project starts from is a pontoon. A wooden raft, floating on a sea or a lake, that you can moor against or walk on. It’s a place you can watch the sunset and calmly reflect or gaze out at the horizon. In this project, I use the pontoon as a symbol for “space”, a place from which you can “mentally gaze”. A mental space that, in the course of this project, is taken over by constructions. Constructions where the objects (such as household items and material souvenirs) are the bricks. They are arranged on a large sheet of paper and form a colourful composition. In this way, the objects only make sense as a collection. Together they create a form that — in the vast whiteness of the paper — unfolds through many tiny fascinations. A whole of sounds, colours, forms and movements. 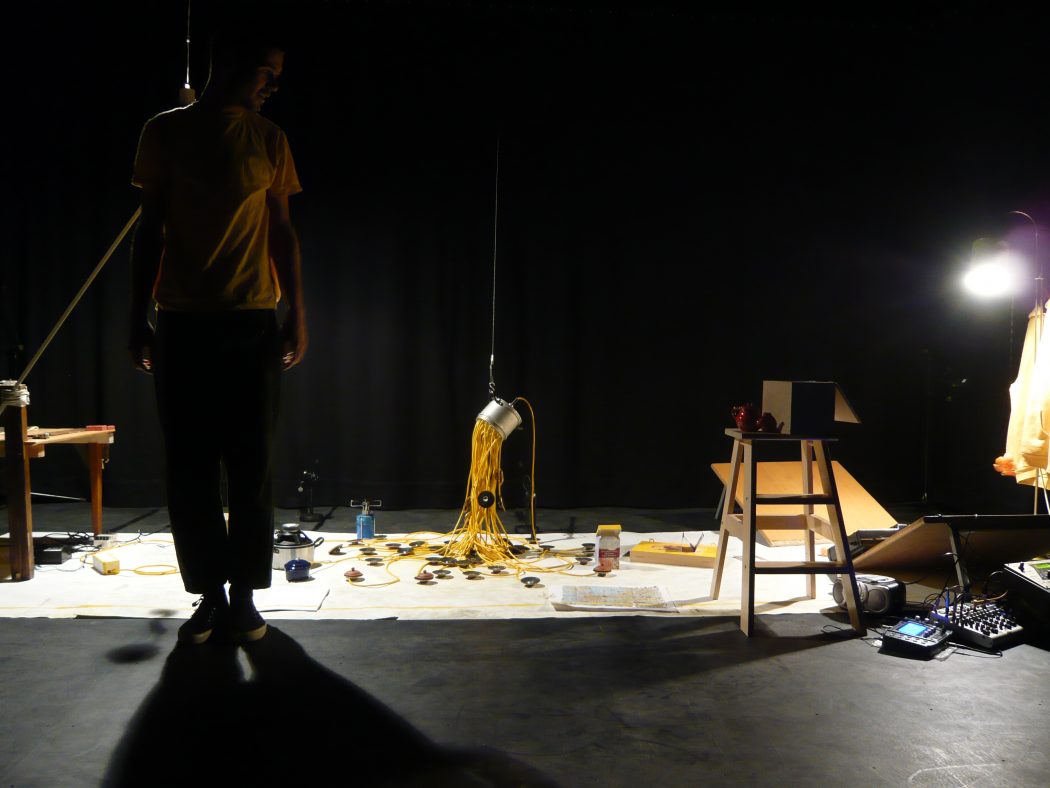 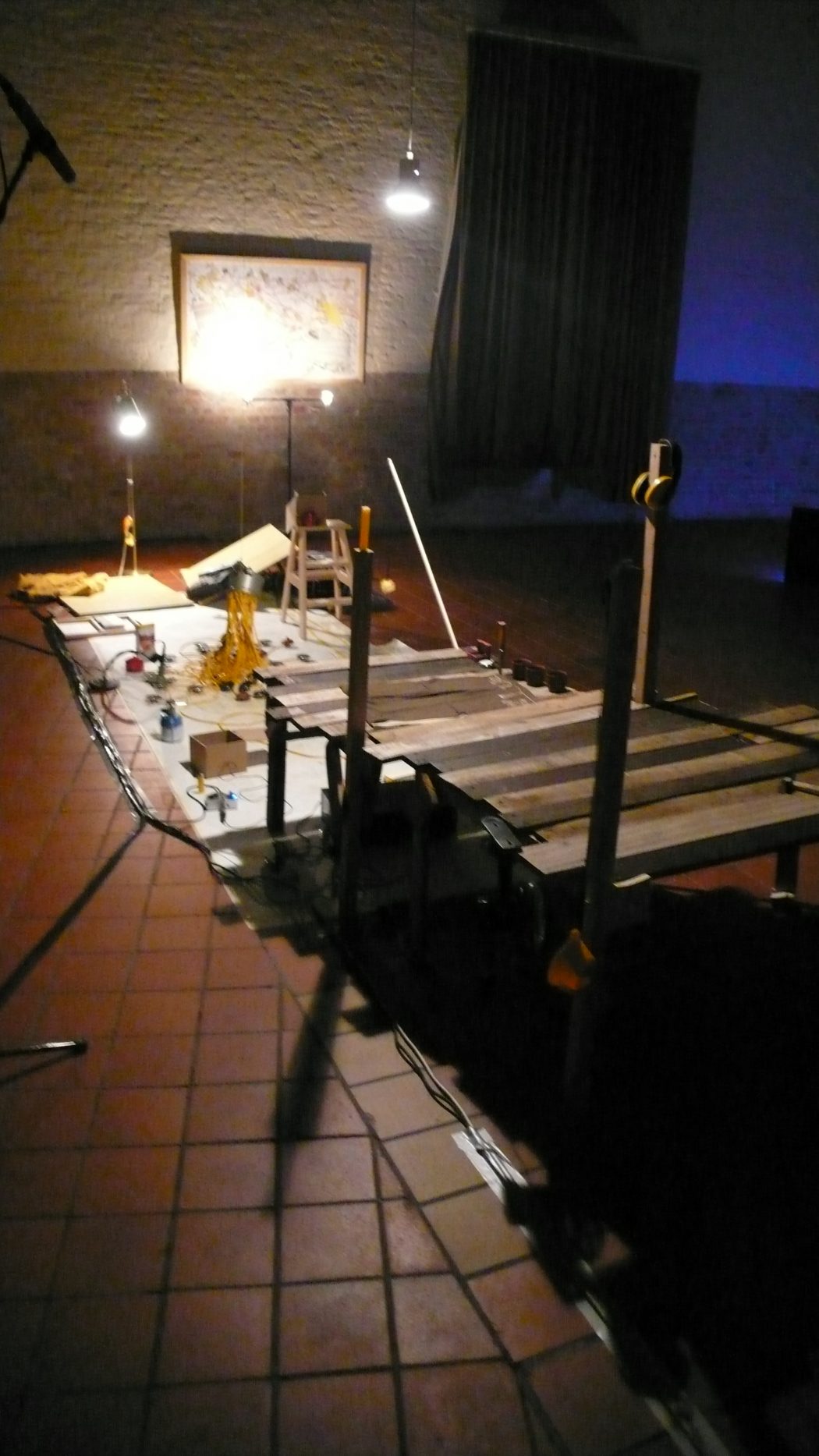 The performance has a score and a soundtrack. The soundtrack was made on the idyllic island of Uto and consists of field recordings mixed with synthesizers. The score consists of drawings: observations of the objects that I use in the performance, which include “ornamental scribbles”. They’re endless intuitive doodles, undefined thoughts running across the paper in strokes of pen and pencil, colourful line games with associations and related thoughts that are cryptic. I bring my “technical” tinkering together in a drawing. The lines between the elements form a score, which steers the performance. In this way, the score becomes the script for a performance. Each action is executed at exactly the predetermined moment.

Thanks to this project, I learned the logic behind the medium of theatre: each banal gesture only has a meaning in the context of all the gestures as a whole. Varying ideas unfold into a coherent constellation. The performance is multidisciplinary: it’s a concert, as well as object theatre and a tableau vivant. The play is also multidisciplinary on the level of the imagination: the relationship of the performer to his objects suggest possible meanings. He brings the objects to life, so to speak. I don’t know if the land of pontoons still exists. I jumped off, and I was suddenly home. 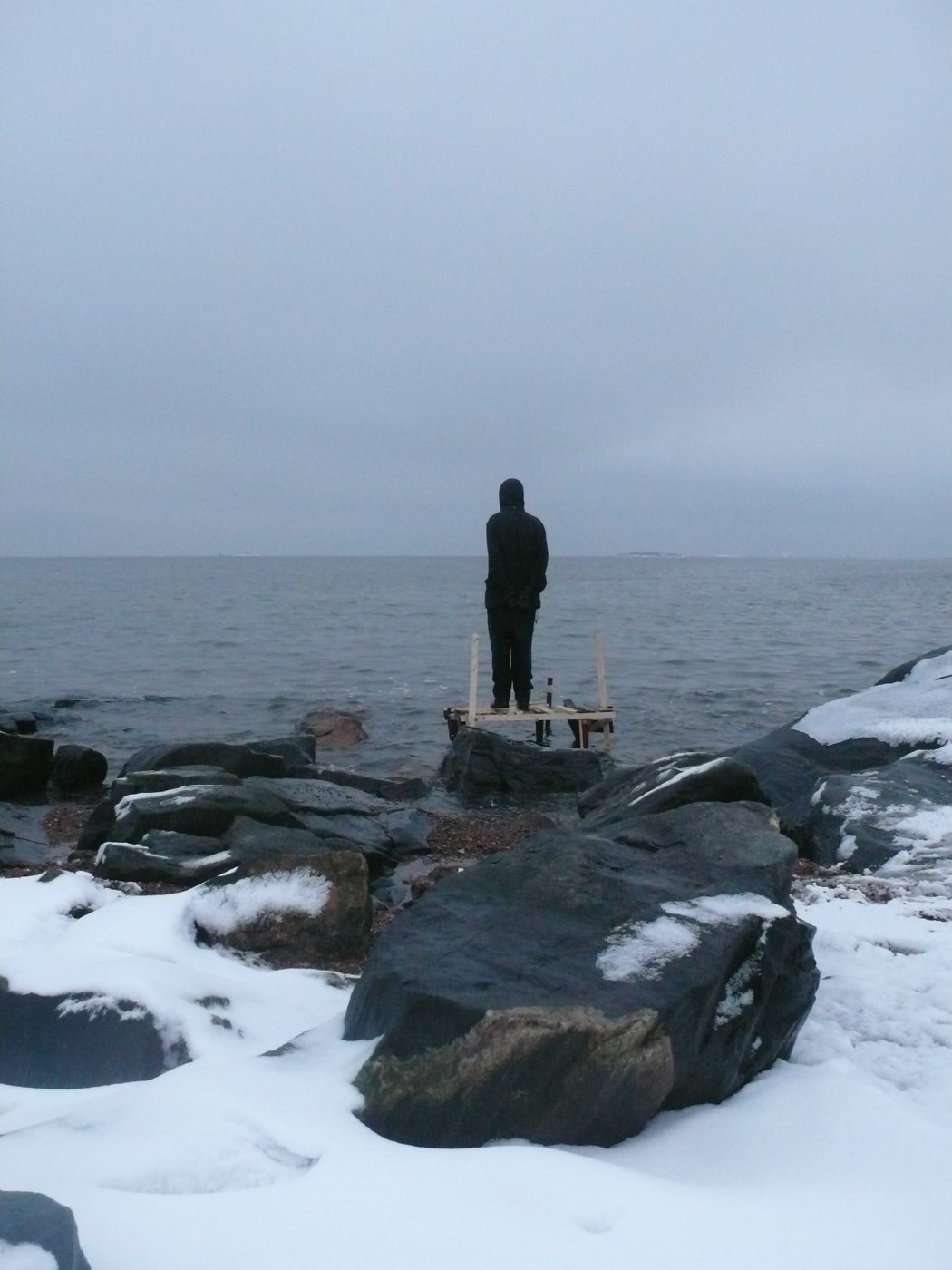