Construction Works — a series of interventions in different settings, 2011

The body of a construction worker possesses serious will power. At least, seriousness is what we attach to work. But it’s not because you work that what you do is relevant.

For a time, I had a soft spot for construction workers and their culture. They’re not only recognizable, they also have a stereotypical way of working, way of communicating and presence. They are craftsmen: the hands-on designers of our space. They are working on the slowly and constantly evolving surroundings. No one objects when they block the road. We always give way to their work, which improves the accessibility of the space. They handle bricks, pipes, machines and heavy gear. We take them seriously. Their uniforms and way of working emphasizes the importance of their undertaking.

I’ve always asked myself what their work consists of. We only see them “in passing”. Maybe there are days when they need the whole morning to find the right hammer, or there is a week that they’re waiting for a delivery of bricks, and they’re technically jobless on site. 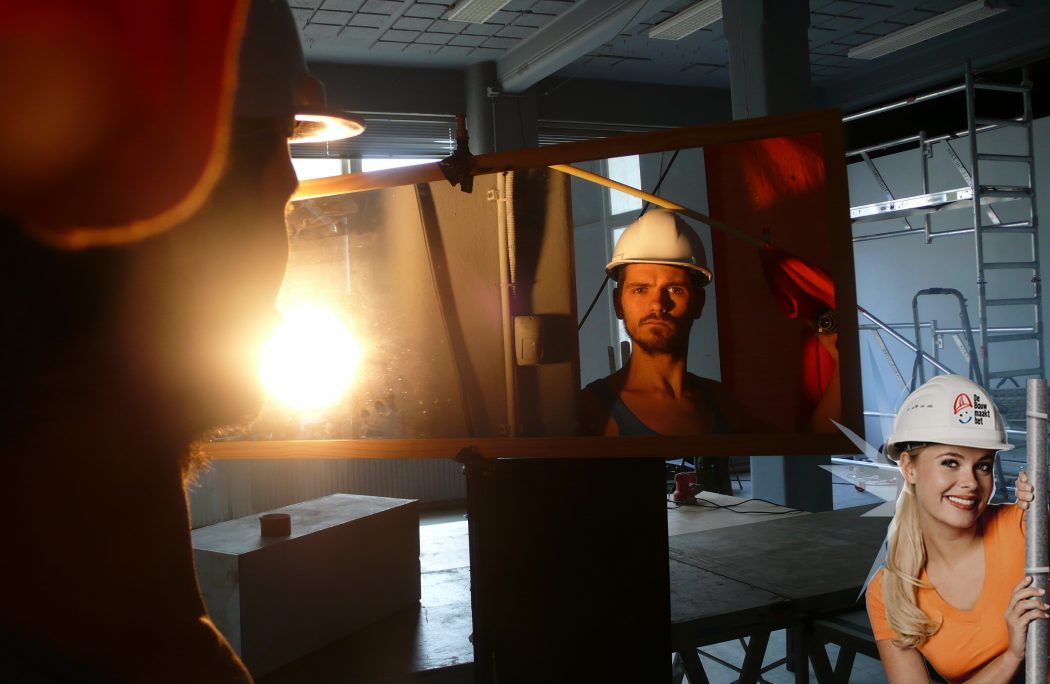 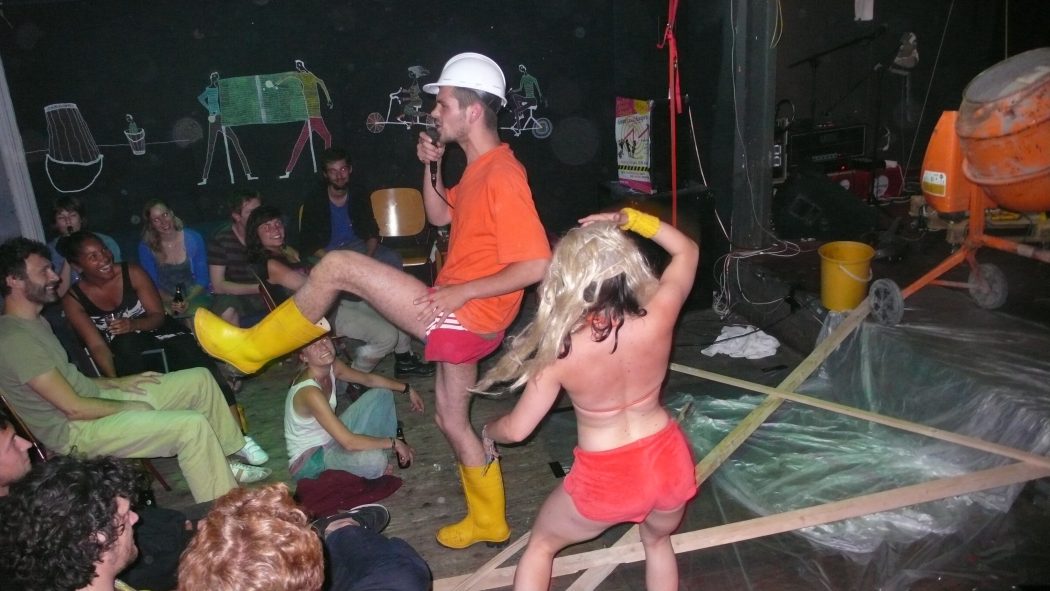 I find it fascinating that we connect the presence and appearance of a person to construction work. I ask myself whether society, which is constantly being built and interrupted due to construction work, exists because there is a necessity for urban planning or because there are hands that need to be put to work. There dominates a work culture that demolishes as much as it builds. As long as all able bodies stay active. Construction also means deconstruction, but this deconstruction is not connected to the meaning of the word “labour” because the work itself is only constructive. The self-assured urge to create seems to be the only expression of future-oriented acts.

For me, cement is a metaphor for the hardness by which the space is taken up, how it’s occupied and demarcated. The surfaces that we are on, and the walls between which we have thoughts, are made of a hard, indestructible material. Only authorized personnel, construction workers, can again destroy it. Between the earth and our feet is, in most cases, a concrete layer.

In different phases of my work, I have tried to construct through deconstruction. Construction is always the deconstruction of something else. No matter how inventive, necessary, redeeming, or masterfully thought out a plan or construction work may be, it will change our experience on site for good. 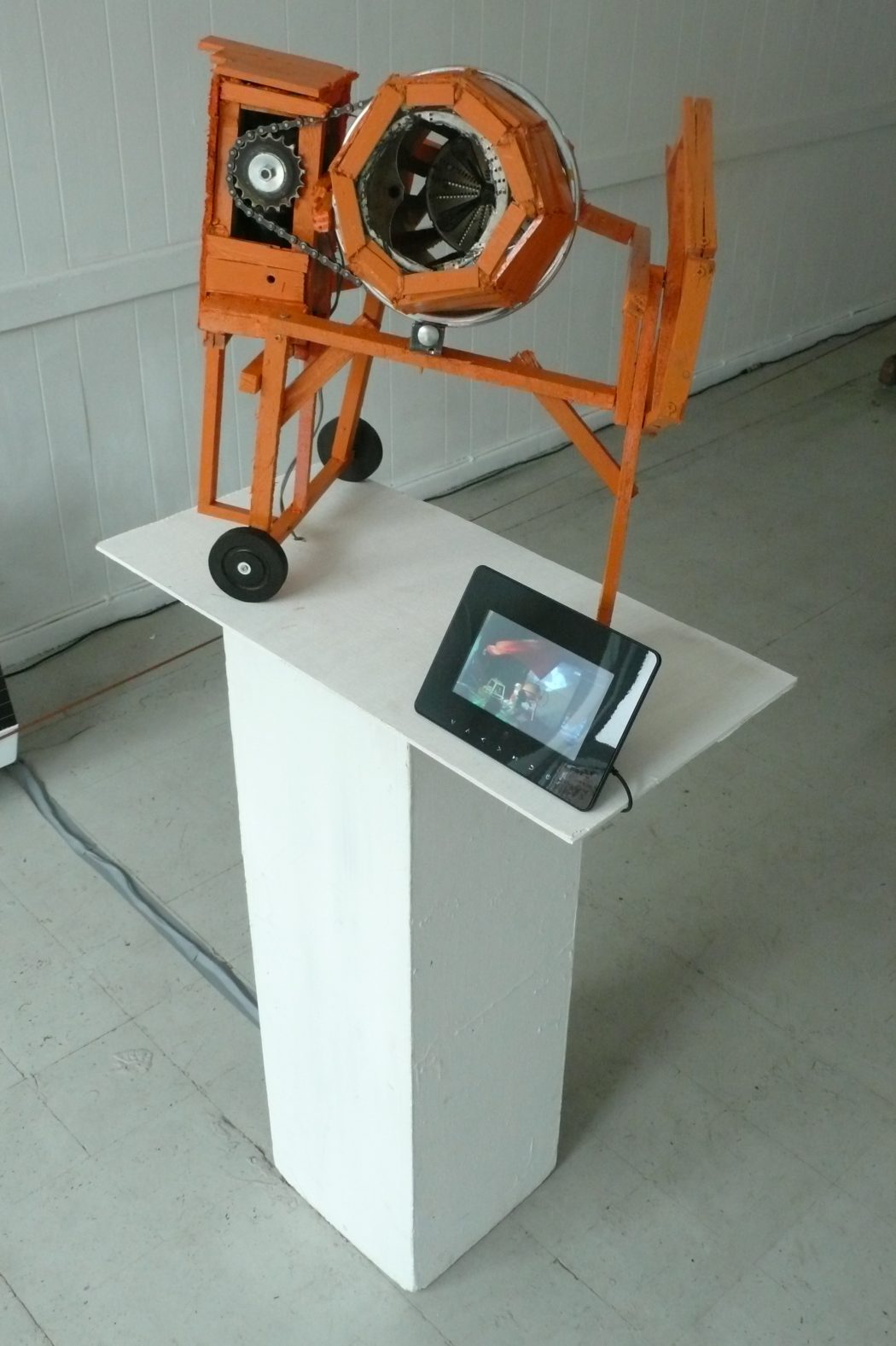 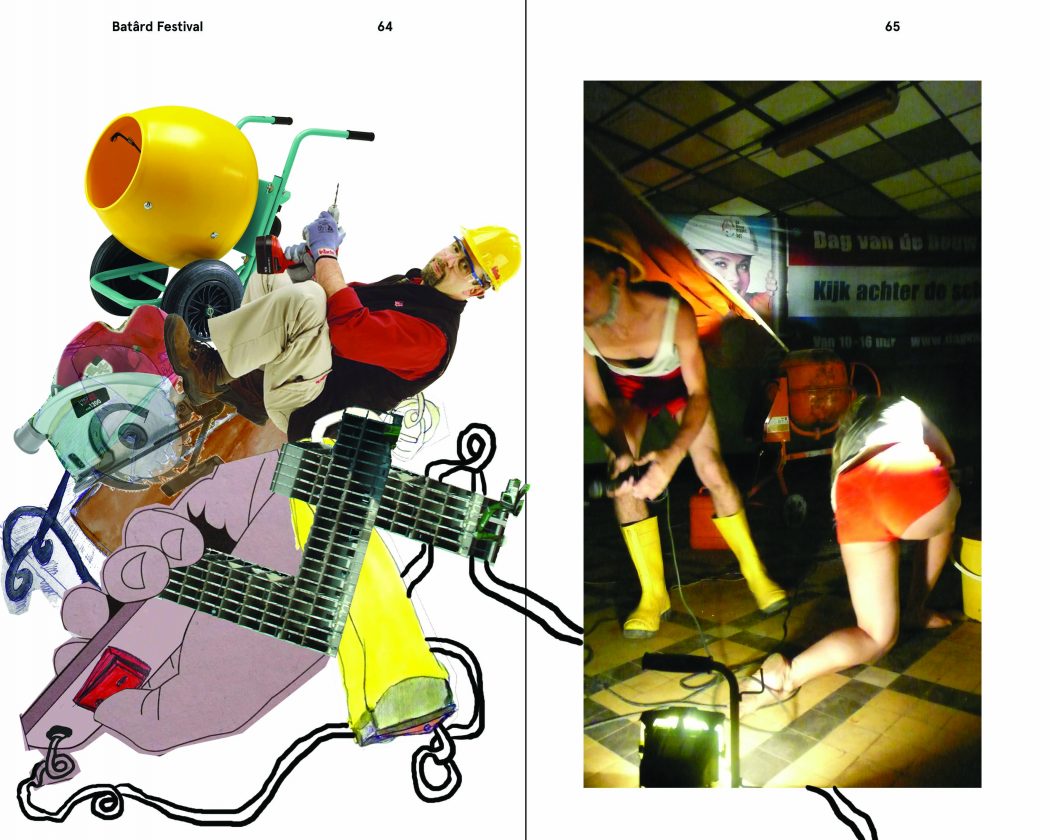 A performance with two tourists from Amsterdam (the most liberal city in the world (first hit on Google)) on rented bikes, fibreboard, a circular saw and a bucket of water. 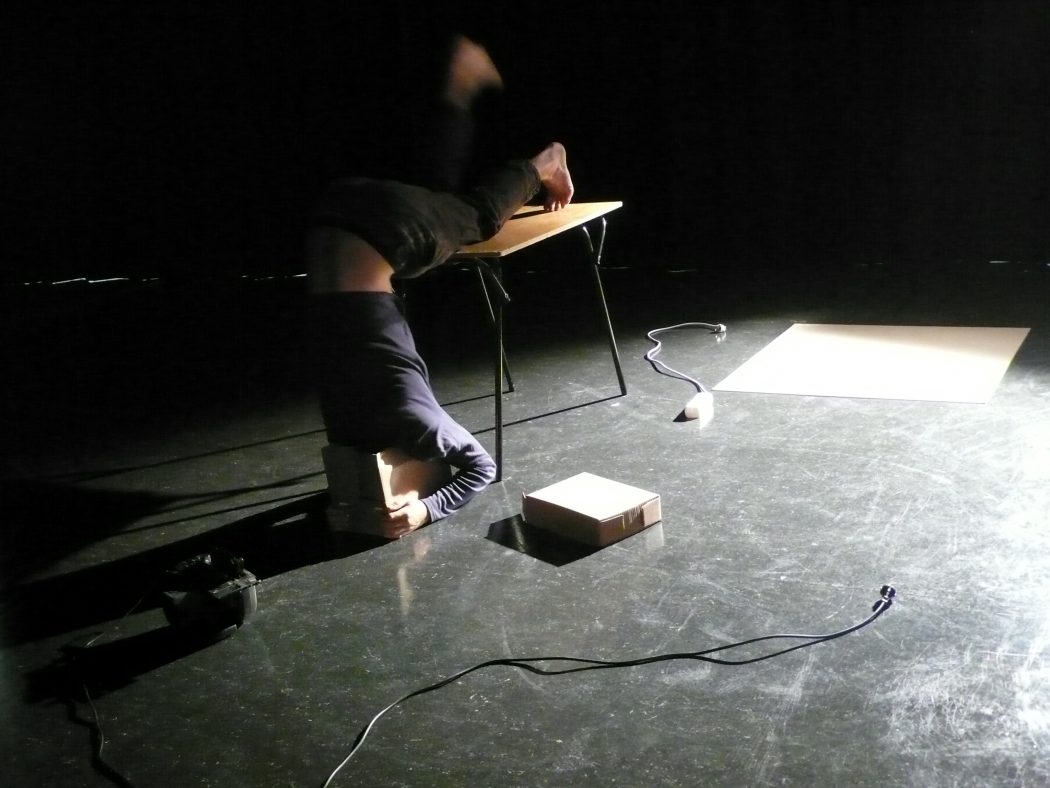 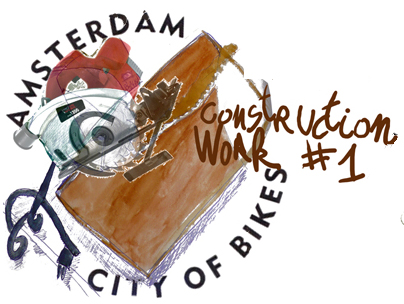 A performance where the image of the construction worker is questioned. Inspired by the hit show, “Fix it up with Roger”, we set up a competition between a professional plasterer and a do-it-yourselfer. An interpretation of the image of labour next to the accomplished pose of industriousness.

A performance with Clara Saito. In a Dutch afterlife, a romance blossoms between a confident construction worker and a blonde woman. A musical rendezvous where a concrete mixer sets the tempo. Their coming-together is immortalised in the ultimate way, poured in concrete. 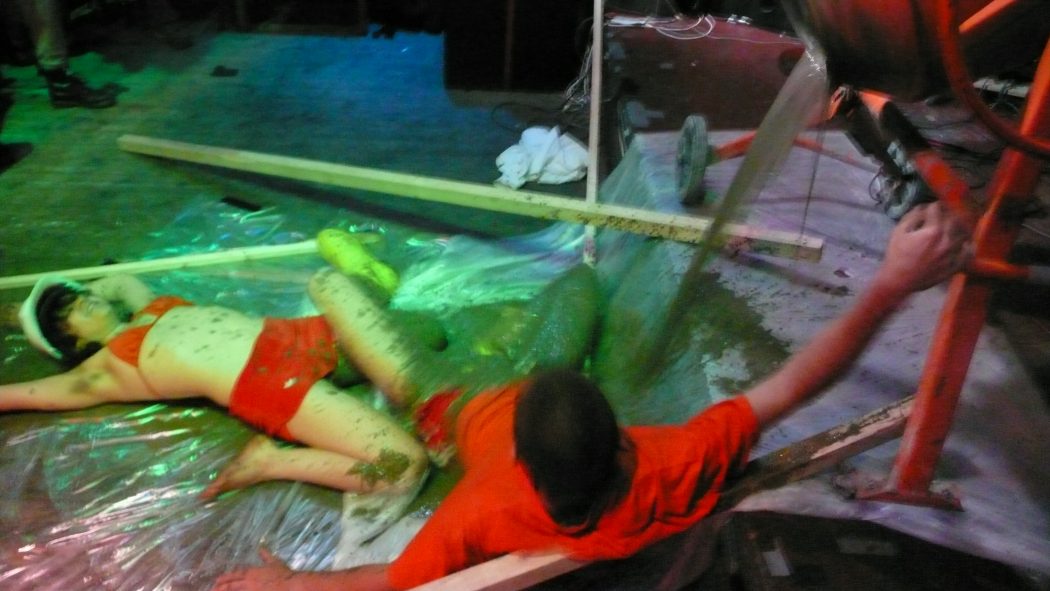 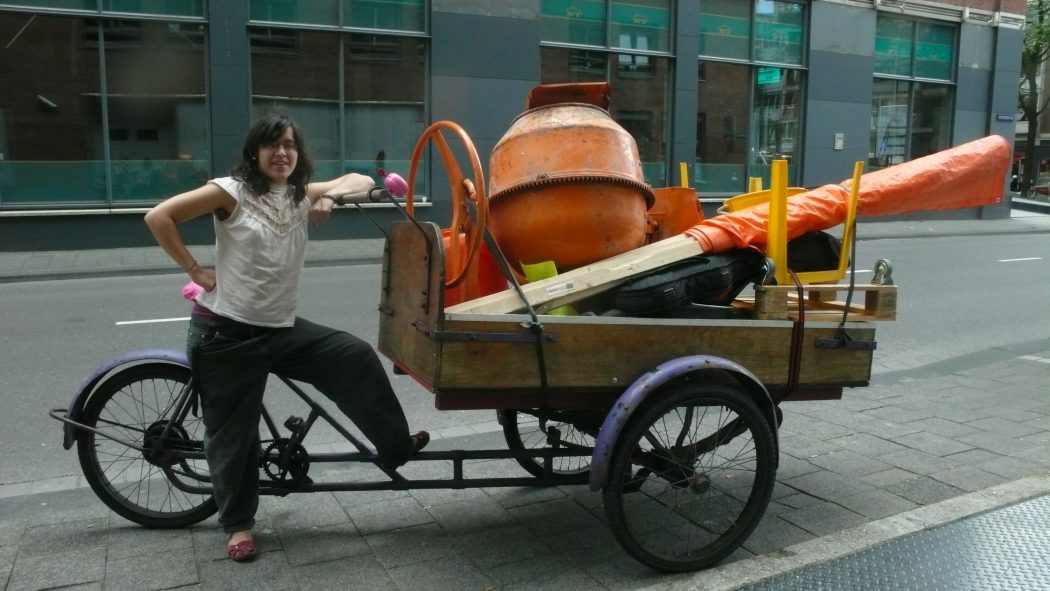