I can’t understand how cars are treated as if they were bodies. They have become accepted entities with rights and their behaviour has an enormous impact on our (eco)systems. Even though they only transport people, it nevertheless seems as though cars have gained more rights than their drivers/owners. Our infrastructure is designed for them. Sometimes I believe that our world isn’t inhabited by us, but by our shiny shells on four wheels. If there’s something post-human to see, it’s the roads and highways around us, filled with cells that we’re transported by. 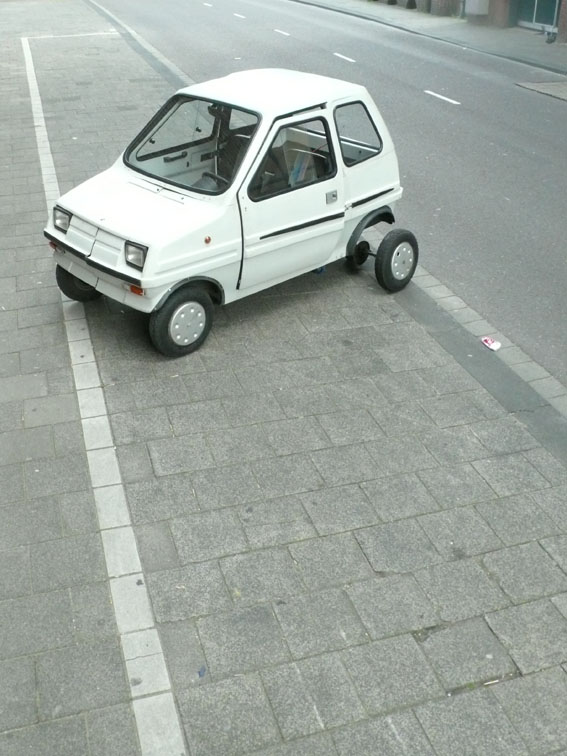 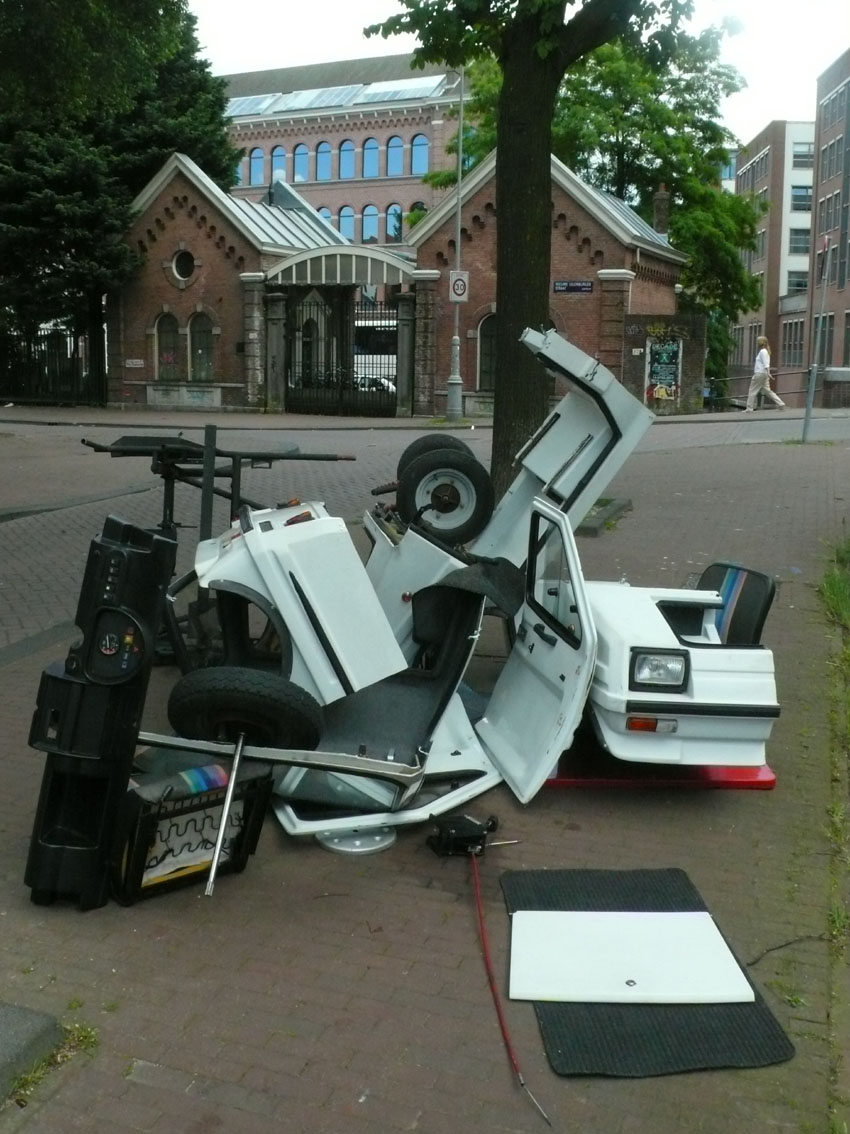 There’s something about a small car. I bought one second-hand for a hundred euros, and I went to pick it up with Remi. We went back on foot because the motor was broken. At home, I cut open the body and went to work on the different car parts (Is it a car? When I google scootmobiel, I get pictures of a scooter for old people). I was curious about how functional a door could be for a human body in space when the rest of the vehicle wasn’t there. Dancing and walking, I moved around with all kinds of parts. I wanted to know: if a car is really a body, can you dissect it to have it function again later? (The body of the car is heavy. I injured my groin lifting its parts, especially the frame. It has healed in the meantime.)

A car has, in one way or another, become my symbol for the hybrid.
I don’t want to believe that identity (meaning “car”) is “one thing”. Something is a noun, but if you zoom in on it, take it apart, does it still form a whole? Can it be a common noun? And if these things are then a collection, what is still possible with all the parts? The concept of a car obscures the hybridity of the car’s identity. The concept reduces the car’s possibilities and the abilities of the car’s different parts. 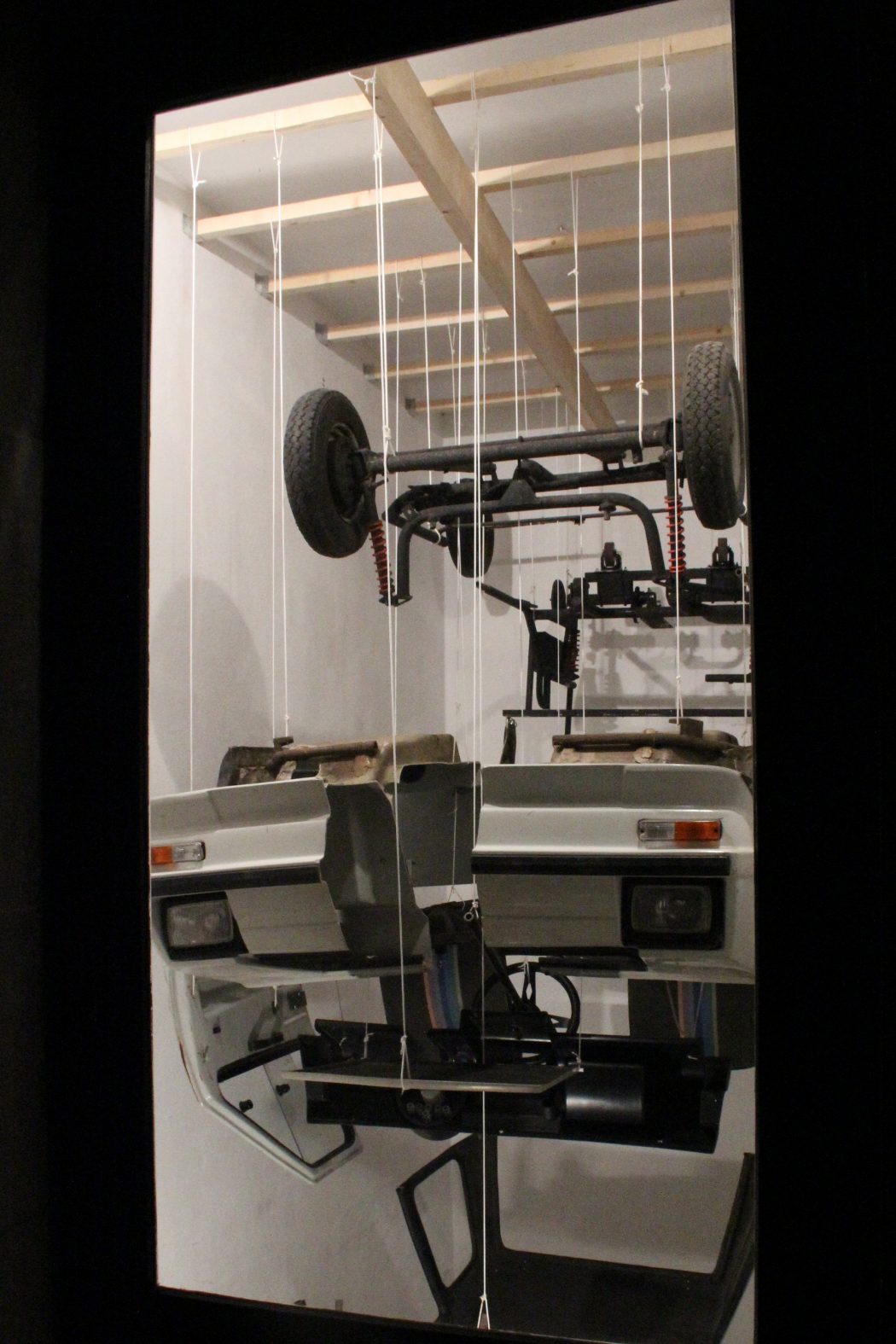 Later, I tried to roll this car on stage as a family car with Oneka. It was somewhat small, but it created enough of an image of a family when we sat in it. To understand our family, we pulled the car apart and half-heartedly drove it around. We pushed the thing around and and sang to figure out how we differed from it. By dissecting this — maybe actually not so banal — machine, we tried to answer that question holistically. Can we stash our love somewhere? And can we then drive that love somewhere? 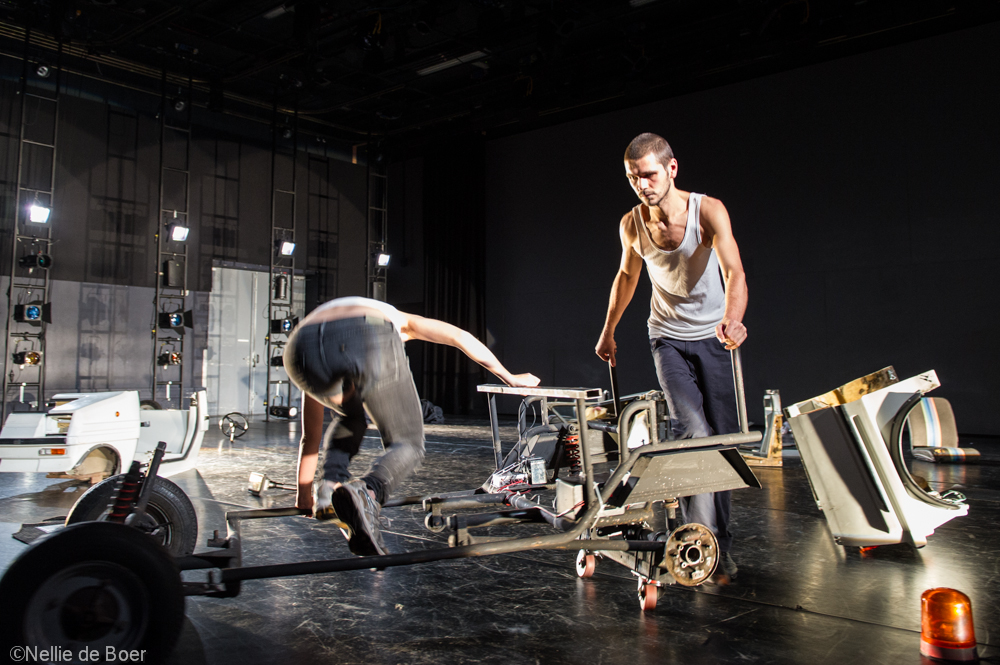 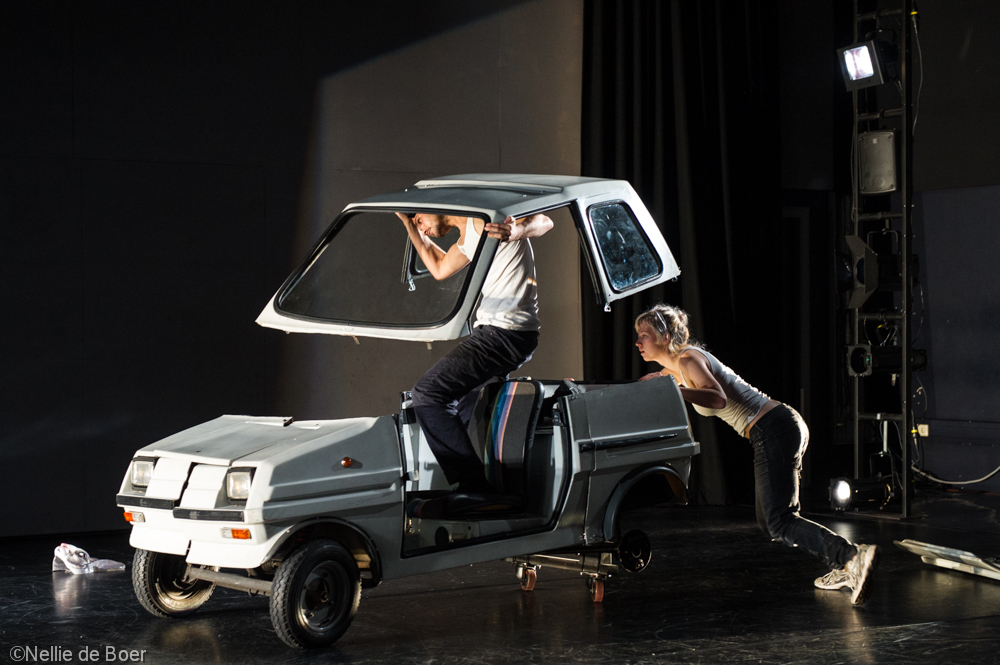