Teatime — a series of performances, 2009

The Cup of Humanity Tea began as a medicine and grew into a beverage.  In China, in the eighth century, it entered the realm of poetry as one of the polite amusements. The fifteenth century saw Japan ennoble it into a religion of aestheticism–Teaism. Teaism is a cult founded on the adoration of the beautiful among the sordid facts of everyday existence. It inculcates purity and harmony, the mystery of mutual charity, the romanticism of the social order. It is essentially a worship of the Imperfect, as it is a tender attempt to accomplish something possible in this impossible thing we know as life. (…)  But when we consider how small after all the cup of human enjoyment is, how soon overflowed with tears, how easily drained to the dregs in our quenchless thirst for infinity, we shall not blame ourselves for making so much of the tea-cup. ― Kakuzō Okakura, The Book of Tea

It’s tea-time between 4 and 5pm. I’ve often found that preparing a concoction is the perfect ritual to let the day turn to night. As if after drinking it, I will be able to accept the day as it comes, come what may. There is a contemplative beauty in “Teaism”. Water passes through tea leaves, as warmth passes through my daydreams. The first tentative step of experience that will eventually lead to accepting the moment. That warm cup in your hand is a moment of arriving. Tea culture has always been solemn and highbrow, which gives it a regal air. Its dignified nature is due to the concentration required for the preparation of the tea (and not, by definition, on the exclusivity of the plant). This ritual is often praised and even protected. In these performances, I wanted to distill the concentration of this process. Heating the water and generating flavour seems universal to me. I wanted to get away from the traditional context and try to translate it to my own life: by making beats, playing with synthesizers and building custom microphones. 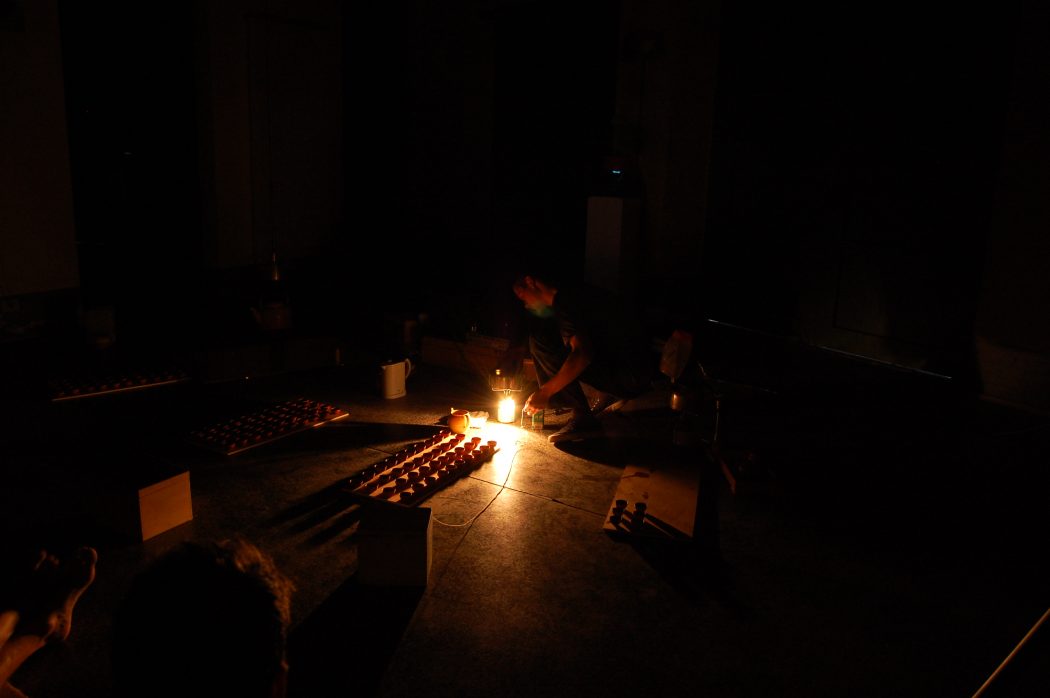 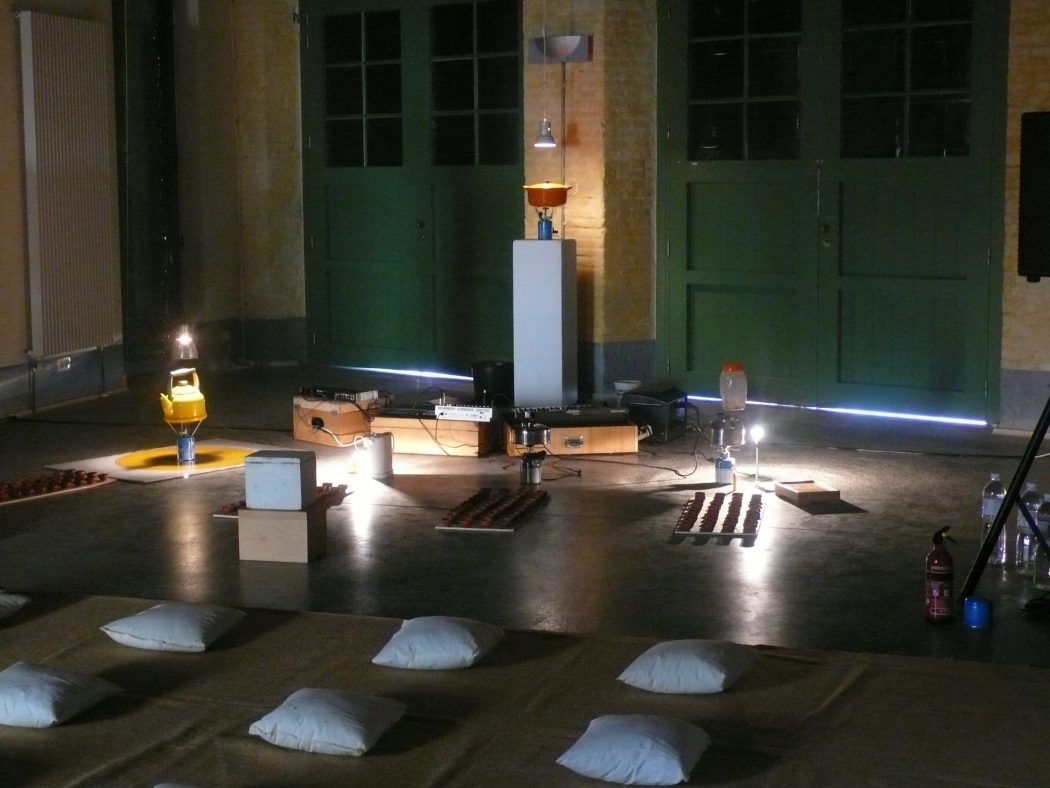 I harmonize my own version of the ritual musically. The sound of boiling and whistling kettles have always been the main theme. Like this, preparing a concoction also becomes a musical practice. A world to share, in a multi-sensory way. Warmth in as many possible dimensions. I have invested some time in Teaism, but the strict rules of the ritual quickly made me nervous. Still, I will never forget those moments in the afternoon when it seemed as though the universe mirrored itself in a cup that was the size of two palms. 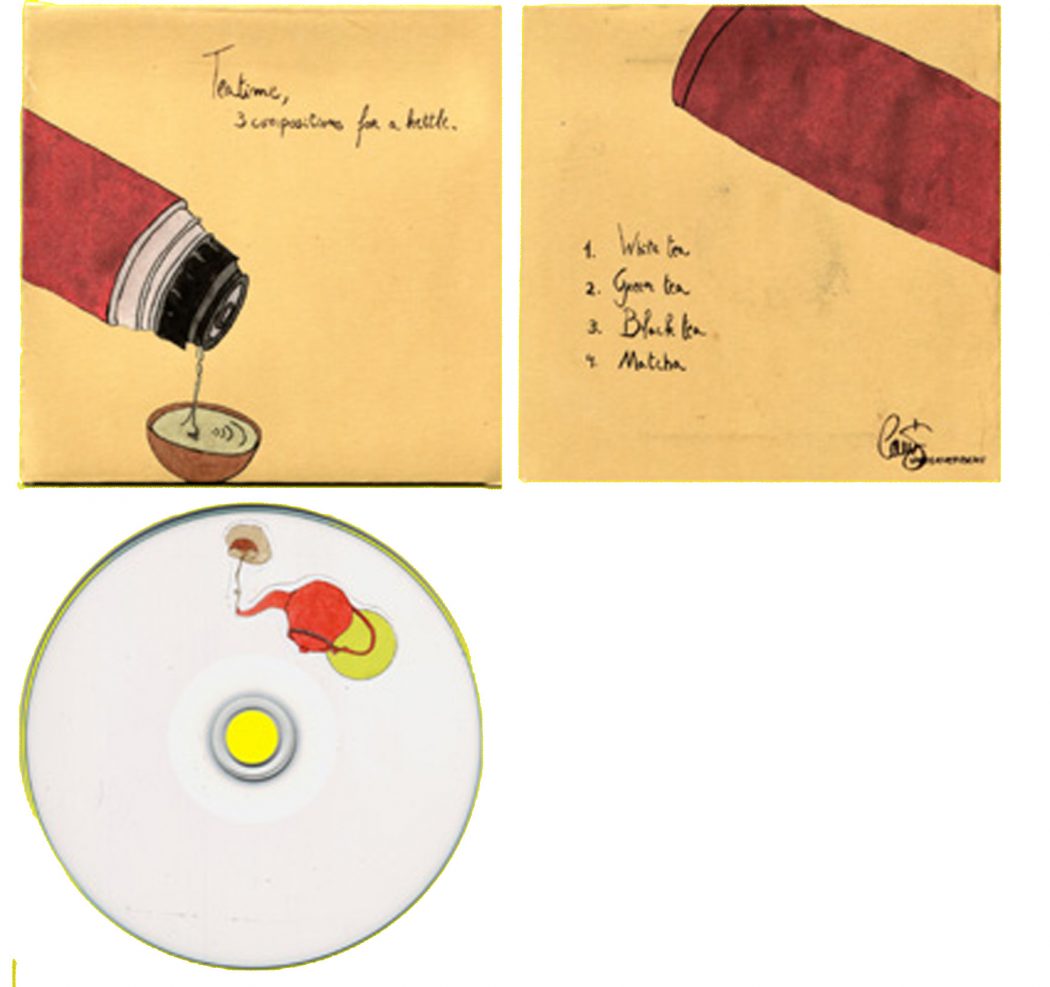 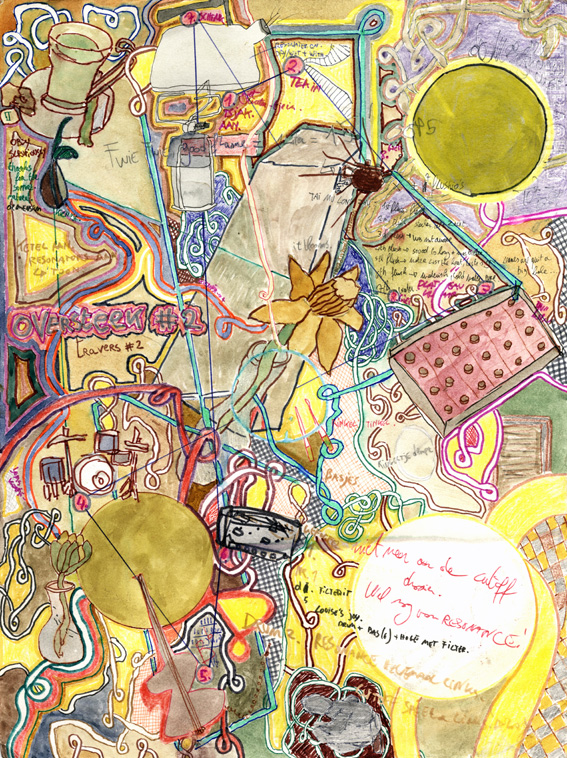