Secured Court — a performance in and around the “Salle des Sports Papenvest”, Brussels, 2011

I was amazed at the fact that the idea of demarcation could be so easily represented spatially. On the basis of a simple barrier, you can fence something out, but you can also fence something in. A construction of pickets is a physical intervention in space. Despite the fact that you can look through the bars, you can’t physically go through it. Except when you really want to, with a bit of effort. 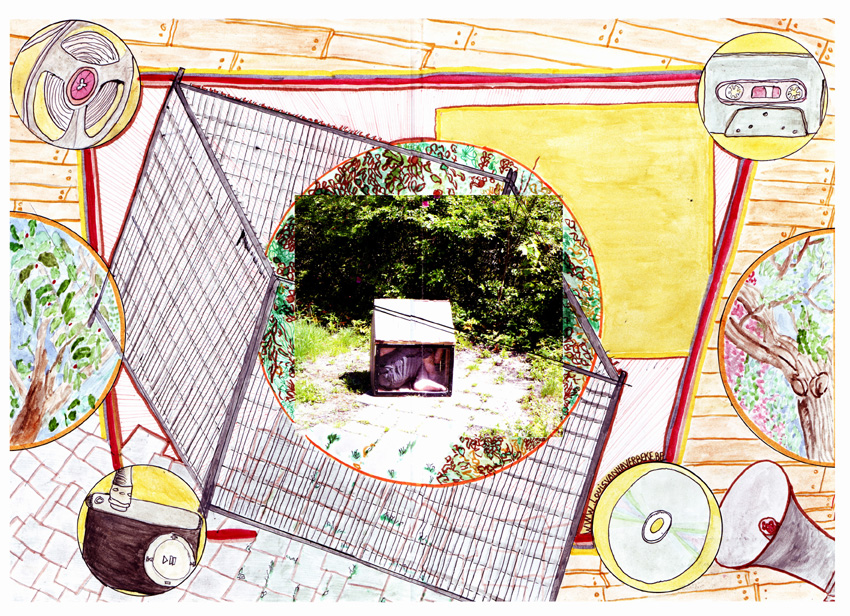 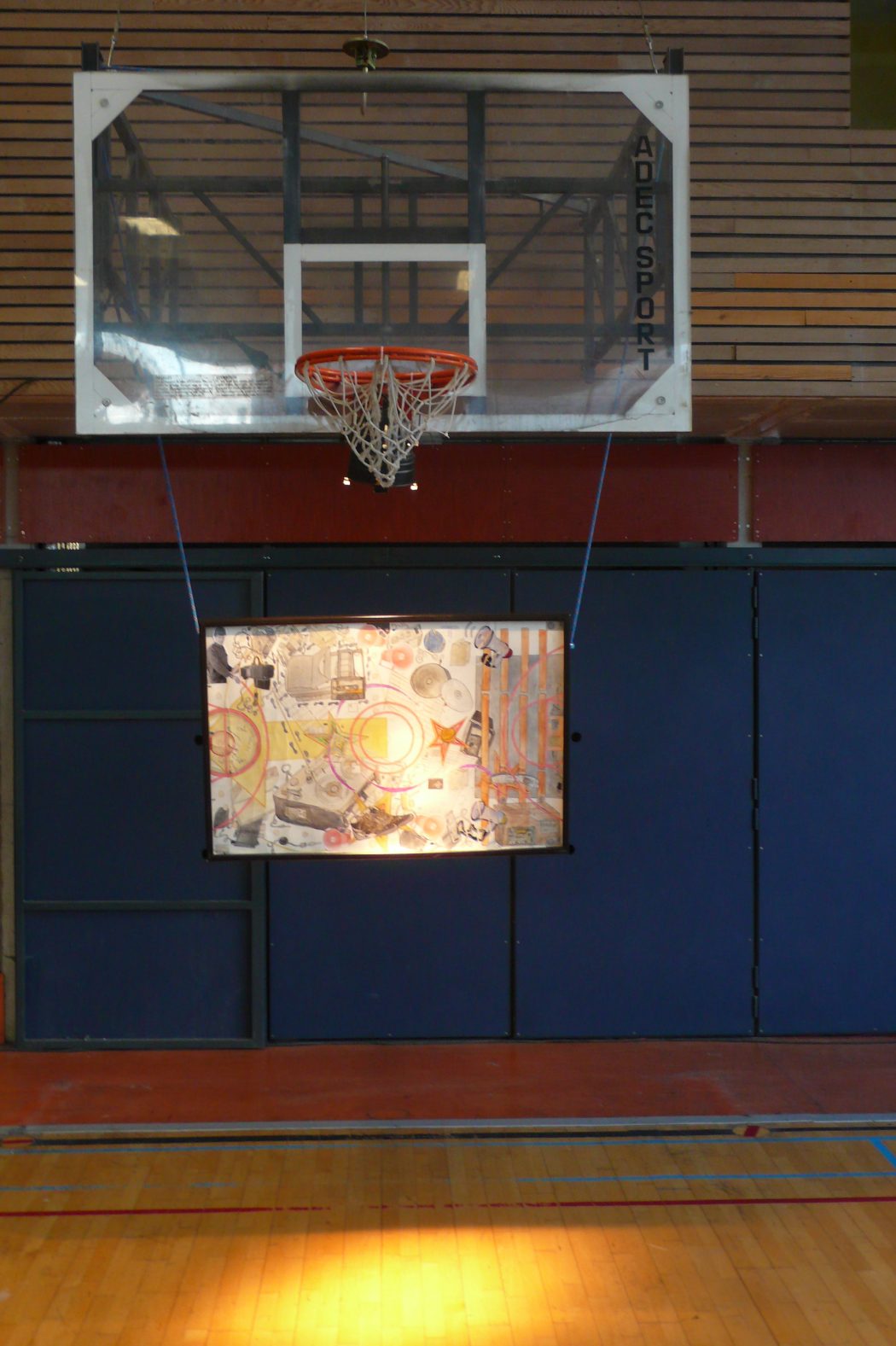 In Papenvest, an area in Brussels, there is a sports hall between the apartment buildings. It has glass walls, and people play sports there every day. The floor has endless patterns of lines in various colours. In this period, I was busy collecting different sources of sound. A reel of magnetic tape, a cassette, a CD and an MP3-player were the carriers for recordings of the sound of balls bouncing through the hall. The sounds were played on different devices between the lines and rules of so many sports.

For me, a barrier symbolises a one-sidedness of the demarcation of space. Since you can run around it and look at both sides, it’s not a demarcation. You might as well use it as a badminton net. One barrier in a covered space suggests the possibility of demarcating something. It could block an entrance. It can transform that space. Four barriers placed in a square does fence something out. There is a centre, an undefined, inaccessible space. What takes place in that centre can only be imagined from the outside. 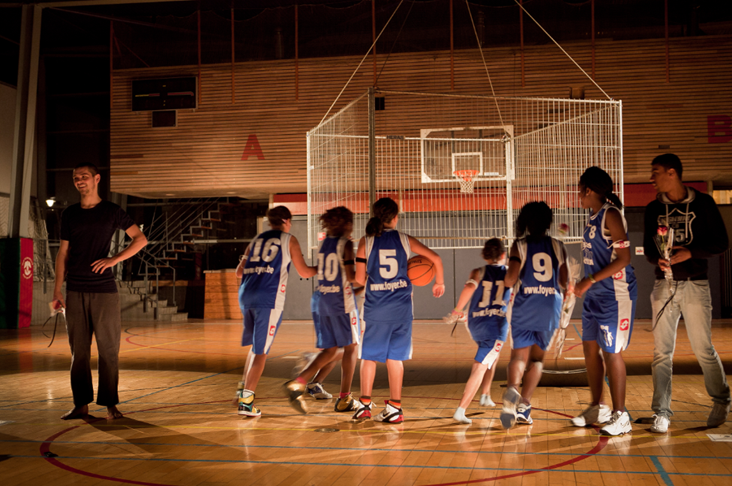 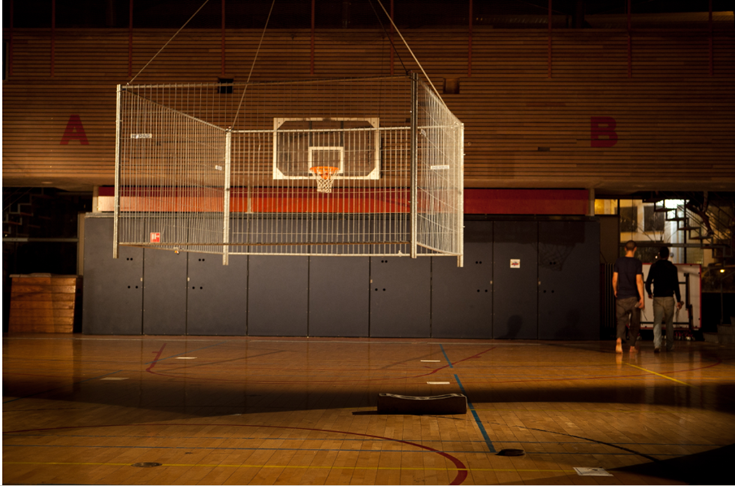 A team of young basketball players were shooting baskets, manoeuvring around a construction of barriers. An obstacle central in the court. Can a team sport be so dynamic that the players can play around an obstruction?

One ball landed on the edge of a barrier during a drill, popped, and fell into the cage. There were still other balls in play. The game went on.